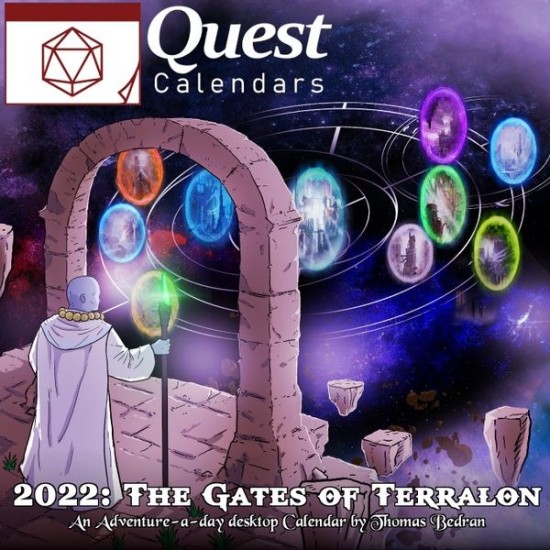 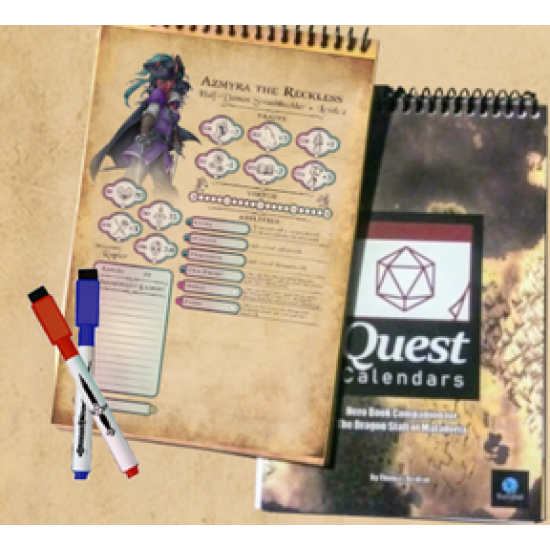 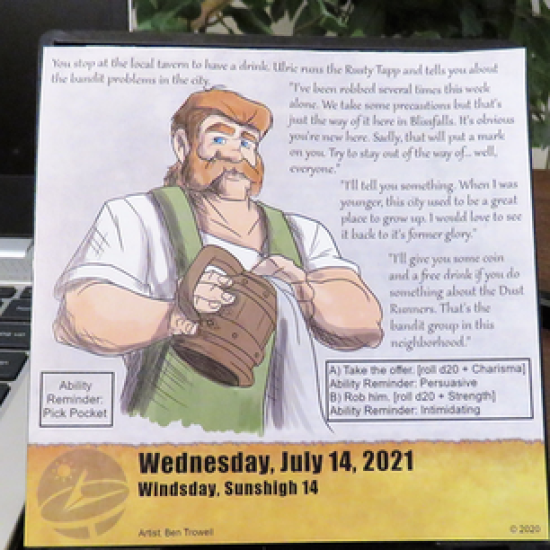 An rpg built into a desktop calendar. Choose one of 6 heroes. Go on a campaign that lasts throughout the year with a single event happening each day. Chose how you want to take on the daily challenge. Roll classic rpg dice (7 polyhedral dice) and add your hero's abilities to fight the monster, open the chest, get past guards, etc.

Years of war and turmoil caused the Gods to separate their worlds from one another, but this did not stop the fighting. The demon's were dealt a devastating blow when their gate was destroyed. The consequences were unexpected. Now, demons pour forth and spill into other worlds, wrecking havoc across existence.

Elsewhere in Terralon, the King's Festival approaches. Many come from afar to compete in the yearly tournament. The title of Lord, and the riches and land which accompany said title, can be won in this competition. Even the poorest commoners has a chance at glory.

Will you compete in the tournament at the King's Festival and earn the title of Lord? Can you stop the demon invasion and prevent the collapse of all worlds? Enjoy as the story unfolds in this adventure-a-day desktop calendar. 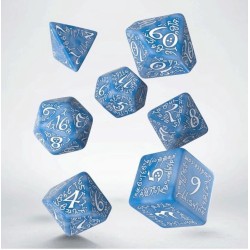 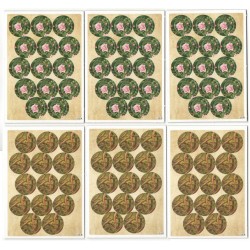 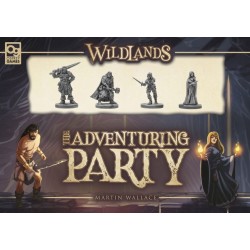 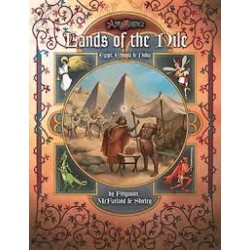 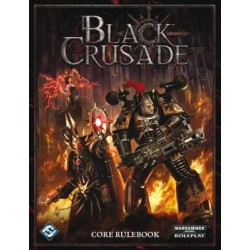 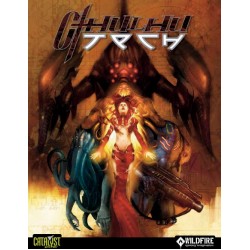 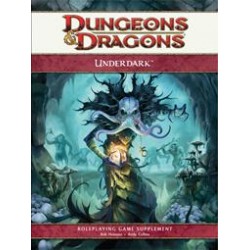 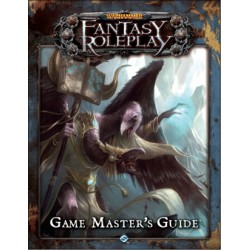 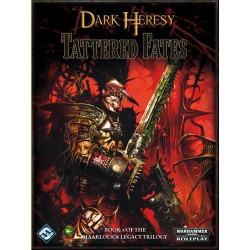