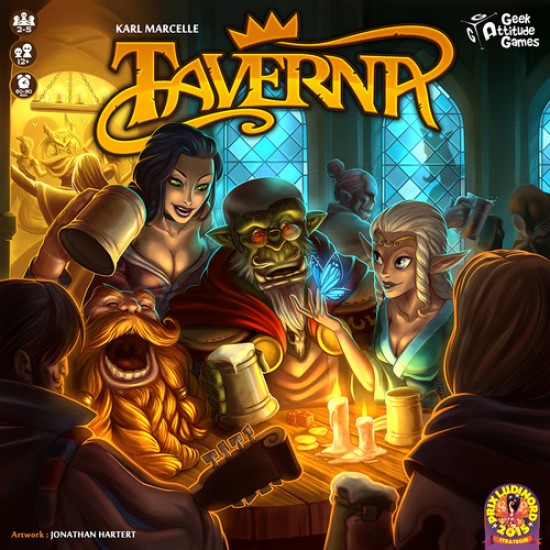 It is Saint-Averna's day, the holiest day in the kingdom of Averna. To celebrate, all the citizens gather in the capital city to party, drink and sing, from tavern to tavern. In the interactive card-driven worker placement game Taverna, you play an innkeeper of the city, eager to profit from this celebration and make his renown widespread. In order to do so, you will need to get along well with the four peoples of the kingdom, and you will need to cope with the demands of the Royal Court. It is up to you to be courteous with all of them. Will you play fair? Or will you use trickery, magic, and your influence with the most famous dignitaries?

Each turn, players will chose one customer among the four available cards and place it in one of the five taverns. The property owners receive gold and the innkeeper is rewarded if he fulfils the expectations of the patrons. During your turn you can play one of the four dignitaries, cast spells, use royal favours and benefit from privileges. At the end of turn six, players will score one of the five members of the Royal Court, each scoring being available once. Your popularity with the four people will determine the royal scoring order and final bonuses. Power and glory to the most popular innkeeper. 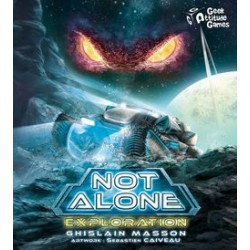 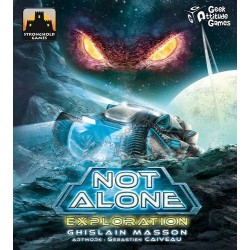 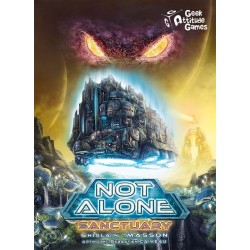 Not Alone - Sanctuary
Not Alone: Sanctuary, an expansion for Not Alone, adds a few new elements to the base game, such as a Sanctuary location that gets more powerful the m..
29.00€
Ex Tax:23.97€
Add to Cart
Add to Wish List
Buy Now Ask Question
Quickview 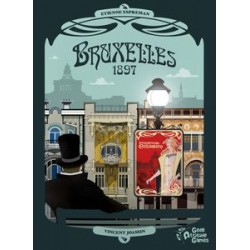 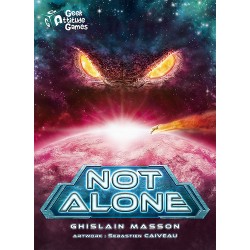 Not Alone
Players: 2-7Age: 10+Duration: 30-45 min It is the 25th century. You are a member of an intergalactic expedition shipwrecked on a mysterious planet na..
17.00€
Ex Tax:14.05€
Add to Cart
Add to Wish List
Buy Now Ask Question
Quickview